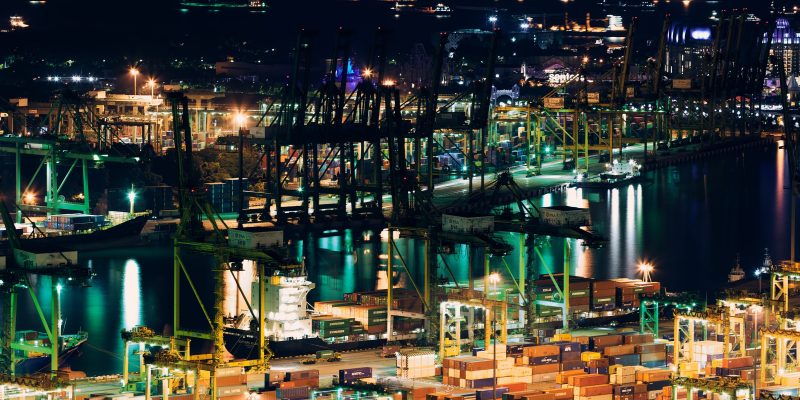 The EU ETS covers heavy industry and power production across Europe but since its inception in 2005, the coverage has barely changed. Domestic aviation[1] was included in 2012 but the EU had to backtrack on the original plan to include Greenhouse Gas (GHG) emissions from international flights when the US and China threatened to stop buying Airbus’ aircraft. To allow the EU to climb down, international aviation was supposed to have its emissions capped by CORSIA, but that scheme’s wings have been clipped to the point that it is bordering on meaningless. In 2013 a few more industrial sectors were added to the EU ETS, such as aluminium smelting. Since then the EU has resisted calls to increase coverage to other sectors, for example road transport and heating fuels. Until now….

The EU has concluded that there is an easier battle to fight than the one they picked in 2012 over aviation emissions. To signal to the world its intentions to regulate the greenhouse gases that European citizens are responsible for, the EU will include shipping’s emissions in the EU ETS as part of the Green Deal.[2]

This won’t come as particularly surprising news to followers of the EU ETS or to ship owners. The International Maritime Organisation (IMO) has required the maritime sector to monitor and report fuel consumption since 1st January 2019, as a proxy for carbon emissions. And the EU has established rules requiring ships to monitor, report and verify (MRV) their GHG emissions since 1st January 2018. The IMO has already committed to a carbon intensity reduction target, but as this doesn’t cap total emissions, this is an easier feat to achieve. However, the IMO is also targeting a 50% reduction in total GHGs by 2050 (relative to 2008 emissions) with a view to achieve net-zero as quickly as possible this century. Because the IMO won’t commit to the use of market based mechanisms, such as the EU ETS and CORSIA, the EU believes that it has been forced to regulate the sector itself, insofar as it is relevant to EU shipping.

With international shipping only being responsible for 2% of global GHG emissions, the big questions are for the shipowners themselves: on what basis will the EU include shipping emissions in the EU ETS and will they subsequently do a U-turn like they did with international aviation?

The rules, as far as we can know them

The Commission is yet to decide the precise rules; however it is possible to glean some insight from the policy information that is available.

Timing. The Green Deal is the primary driver of legislation that will cause the EU ETS to be expanded to shipping. The enabling legislation is expected in June 2021 which meant that shipping’s inclusion was most likely to start in 2023. However on 15th September the EU Parliament adopted an amendment that could see shipping’s emissions included from January 2022.

Scope. After the EU’s embarrassing foray into regulating aviation emissions that go beyond its borders, it is expected by many analysts that only intra-EU shipping will be included in the proposed EU ETS changes. However, the Commission’s position is that ‘at least’ intra-EU journeys will be counted and the EU parliament’s position is that all ships arriving into or departing any EU port will be subject to the EU ETS. Ships (passenger and freight) with gross tonnages of 5,000 or more are included in Europe’s MRV requirements (according to the IMO this represents around 85% of the industry’s emissions) so it seems likely that this will be the lower threshold for inclusion in the EU ETS.

Size. According to the MRV data collected for 2018 by the IMO, some 54Mt of GHG emissions came from intra-EU journeys out of a total of 142Mt for all ships moving to, from or within Europe. Depending on what the final outcome is in relation to journey coverage, inclusion of shipping will increase the existing EU ETS by between 3% and 10%.

Free Allocation. The shipping sector, like the aviation sector and EU industry, can expect some free allocation of carbon credits (EU Allowances, or EUAs) to use for annual compliance. There are 3 very important factors affecting free allocation:

Expected cost. According to Energy Aspects shipping’s tonne kilometres can be expected to increase but efficiency improvements will counter that growth such that sector GHG emissions in Europe can be expected to remain static. They forecast the shipping sector to be around 90Mt short over the period 2023-2030 based on intra-EU journeys only. At €30 per EUA, this amounts to an additional cost burden of up to €2.7bn (or €340M per year) for the EU’s shipping journeys. Some analysts expect the EUA price to be double this level due to structural changes coming to the system. Extra demand from the shipping sector will add another reason for prices to rise. In a situation where all journeys originating from, or ending in, Europe are counted and the higher price forecasts come true, the cost of the shortfall is significantly larger at €14.2bn (€1.8bn per year).

Impact on the EU ETS. On the face of it, inclusion of shipping in the EU ETS is bullish because it adds to demand, but in all likelihood supply will also be lifted to compensate (and so that governments can raise more money through larger auctions). Therefore the impact on EUA prices can be expected to be muted. Over time, demand for shipping is unlikely to be dented by the cost of compliance with the EU ETS, so as the cap declines the participation of shipping in the market will make the supply/demand balance tighter and will be long-term bullish for EUA prices.

If the inclusion of shipping in the EU ETS is restricted to intra-EU shipping only, and given that the EU is not a major ship builder in the way that it is a major supplier of the world’s passenger aircraft fleet, there seems very little that the IMO or any non-EU country can do about the EU’s plans. Therefore, at least some of shipping’s emissions being included in the EU ETS seems inevitable and irreversible. However, the more aggressive move to include all journeys starting from or ending in Europe will face a lot more resistance and could lead to retaliation by other countries. If the IMO come up with a viable Market Based Mechanism, then the ‘international’ element can be expected to be dropped from the EU ETS. The pressure is therefore mounting on the IMO to do something.

What else do shipowners need to know

The risk of carbon leakage. Depending on how the rules are defined, we may see ships making calls into non-EU ports on their way between EU ports just to avoid EU ETS costs. This effect is know as ‘carbon leakage’ whereby more environmental damage is caused by trying to avoid environmental penalties. We are yet to discover how the EU will discourage such activity, that could even include ships making additional stops in UK ports on their way elsewhere (depending on how post-Brexit trade negotiations go).

Winners and losers. Older, less efficient ships will face the largest shortfalls and thus the highest costs associated with compliance with the EU ETS. Depending on how the free allocation rules are decided, the most efficient ships and LNG powered vessels could end up with surplus EUAs that they can sell for a profit (or to assist with financing a conversion). Further, if free allocation is made on the same basis that it is made to fixed installations, the EUAs given out for free can be used in several innovative ways to boost shipowners’ finances.

Redshaw Advisors Ltd specialises in helping companies to manage their environmental markets risks. We help with information, advice and carbon credit procurement. Please feel free to get in touch if you would like to know more about how we can assist your company.