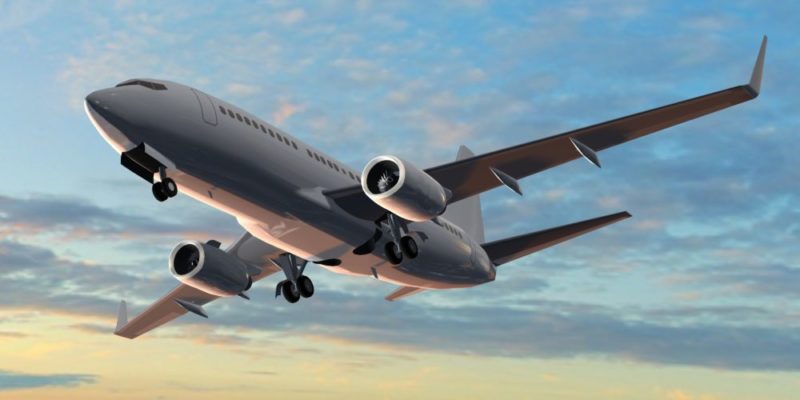 Airlines are seeking to change the rules of
a global system that’s set to limit their pollution starting
next year.

The adjustment would make 2019 the only baseline year
against which the airline’s carbon emissions are measured, an
adjustment the industry says is necessary to reflect the
grounding of many flights during the coronavirus pandemic this
year. Currently, baseline emissions are set to be measured over
2019 and 2020.

By including this year in the baseline, airlines would need
to buy extra emission credits to cover their greenhouse gas
output starting in 2021.

Industry group the International Air Transport Association
has requested a rule change to limit costs of the program. It
said that 2019 emissions alone should form the baseline, easing
the impact of the program on the industry.

Yet that could completely wipe out the need to buy any
offset credits in the planned market if airline emissions remain
below 2019 levels through 2023, said Louis Redshaw, founder of
Redshaw Advisors Ltd. in London, a carbon trading outfit.

That would hit a small trickle of investments into
renewables. Developers of emissions-cutting projects like wind
and solar farms had planned to make facilities that generate
carbon credits that they could sell to the airlines to cover
compliance in the system. Without demand for those credits, the
market won’t generate funds for projects or put pressure on
airlines to rein in the greenhouse gases they produce.
“There would be no demand,” said Redshaw. “It puts business
plans at risk in the offsetting market.”

One program deemed eligible for the market is the Clean
Development Mechanism, where demand is already scarce and prices
are near zero. That was an early form of a global carbon market
that came out of the 1997 Kyoto Protocol on climate change, a
predecessor to the 2015 Paris Agreement. CDM credits fell out of
favor in the last decade after the European Union limited those
securities for compliance in its own cap-and-trade system.

Yet prices of these credits, only a portion of which will
probably be suitable for the airline program, have picked up
slightly this year.

The planned airline emissions market is known as Corsia, or
the Carbon Offsetting and Reduction Scheme for International
Aviation. It has attracted countries hosting three quarters of
the world’s flights.

IATA said the baseline rule change is needed to relieve
financial pressure on the airlines at a time it’s been strained
like never before. Without a change, many nations may decide not
to participate in what’s a voluntary system.

Because of the pandemic, airlines will cancel more than 2
million flights through June and face a revenue plunge for 2020
of 44%, or $252 billion, IATA estimates.

“It is very clear that 2020 is a completely abnormal
situation and that the impact of Covid-19 on the world’s
aviation sector is unprecedented in its severity,” said Andrew
Stevens, environment spokesperson at IATA, in an emailed reply
to questions.

The International Civil Aviation Organization said it would
consider the baseline question at a meeting of its governing
council in June.

Should IATA win the argument, then Corsia might be deemed
so weak the European Union could seek to bring international
flights into alternative carbon pricing systems, such as fuel
taxes, said Redshaw, who has traded carbon for almost two
decades. The EU carbon market currently covers only flights
within the bloc.

“The European Commission is likely to seek to contain
airline emissions in another way,” Redshaw said.

Should existing rules remain, demand in 2021 alone could be
about 150 million tons, he said. That would cost airlines $750
million at $5 a ton.

The price of a 2016-2020 vintage voluntary carbon unit,
known as a VCU, has jumped to $1.10 a ton from $0.70 in early
March, Eddie Listorti, chief executive of Viridios, a carbon
trading company and emissions-cutting project developer in
Sydney, said in an interview.

“Prices gapped higher,” he said. “And this is while
airlines are grounded.”

If demand isn’t wiped out, some credits could triple in
value, or even jump more than 10 times, based on EU carbon
market values above 21 euros ($23) a ton, Listorti said. Other
industries such as technology, palm oil, utilities and oil
companies are also boosting demand for offsets, even if airlines
don’t want many of them, he said.

“The long-term trend is higher because the private sector
is behind this,” Listorti said.

With assistance from William Mathis and William Wilkes.